You are here: Home › Hazards & Solutions › Barn Owl Hazards: Rat poison › How to control rats as safely as possible 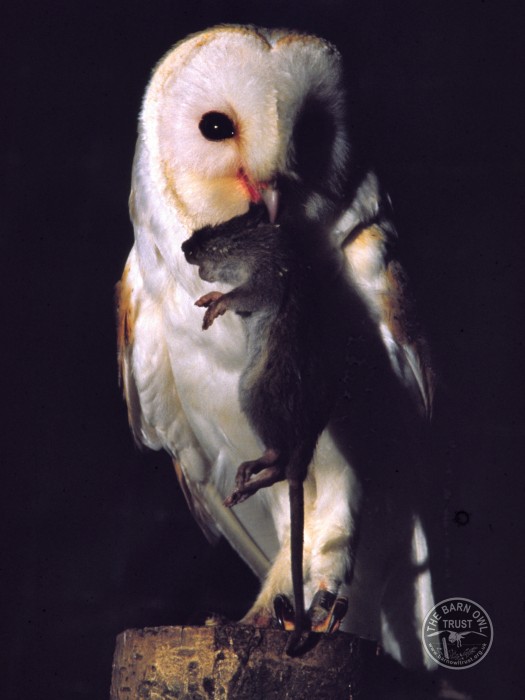 Killing rodents can only provide short-term control of populations.

Sustainable control can only be achieved by reducing the rodent carrying capacity of the environment, principally by reducing food and harbourage.

Poisons should only be used as a very last resort where non-toxic and less-toxic methods have been deployed and a significant rodent problem still exists and is a threat to human health.

We recommend that rodent control methods are used in the following order:

Warning: All poisons listed below should only be used as a last resort where non-toxic and less-toxic methods have been tried and a significant rodent problem still endangers humans.
Read the rat poison products list – this lists the product names and active ingredients.

Warning: Do not use poison where or when there is no rodent problem.
So-called Preventative Baiting and Permanent Baiting are a major cause of secondary poisoning and contrary to the UK Rodenticide Stewardship Regime. When there are insufficient rats to consume the bait it will be eaten by non-target small mammals such as Wood Mice and Bank Voles. Even Field Voles and Common Shrews have been found to contain rat poison. The contamination of these harmless little animals results in the poisoning of Barn Owls and Kestrels.

There is more information about rodent control in the Barn Owl Conservation Handbook.