Barn Owls originally evolved in a warmer and drier climate than we have in the UK. It is perhaps unsurprising therefore that Barn Owl mortality peaks between December and March. The main cause of death associated with winter mortality is starvation. 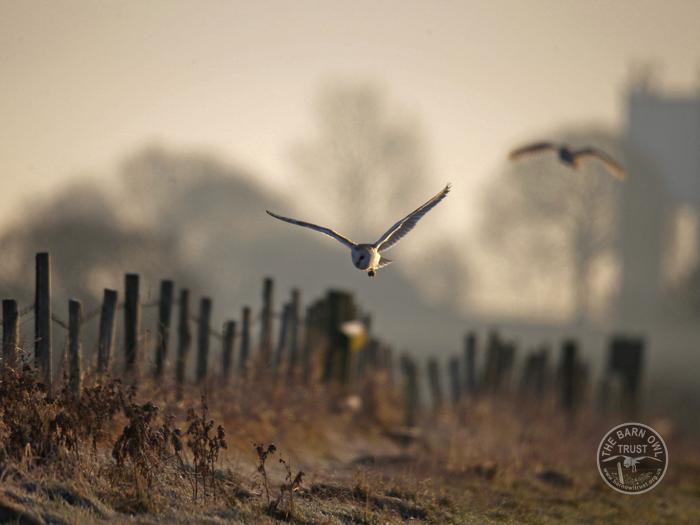 As temperatures drop in late autumn and winter, small mammals become less active. Less active prey make a lot less noise and are therefore much harder for Barn Owls to find and catch. Barn Owls are poorly insulated and need extra energy (food) during cold weather to make up for an increased loss of body heat. In winter then, food is generally harder to find at a time when Barn Owls need it most. 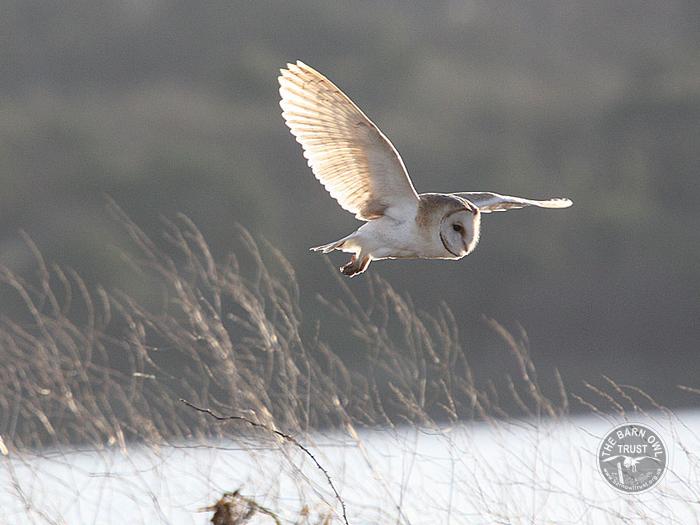 Increased winter rainfall is a problem too. Barn Owl feathers are very soft (an adaptation for silent flight) and not very water resistant so hunting during rainfall is generally avoided. Historically, Barn Owls were able to catch mice and rats inside farm buildings during periods of bad weather but such opportunities are extremely rare these days.

During periods of snow cover, voles and shrews stay underneath the snow. Although mice will move about on top of it, they do spend an increased proportion of their time under ground eating stored food. When snow cover is more than about 70mm deep and/or frozen hard the owls will have great difficulty finding and catching food. It’s at times like these that some Barn Owls turn temporarily to unusual food sources such as small birds. Feeding owls in winter. 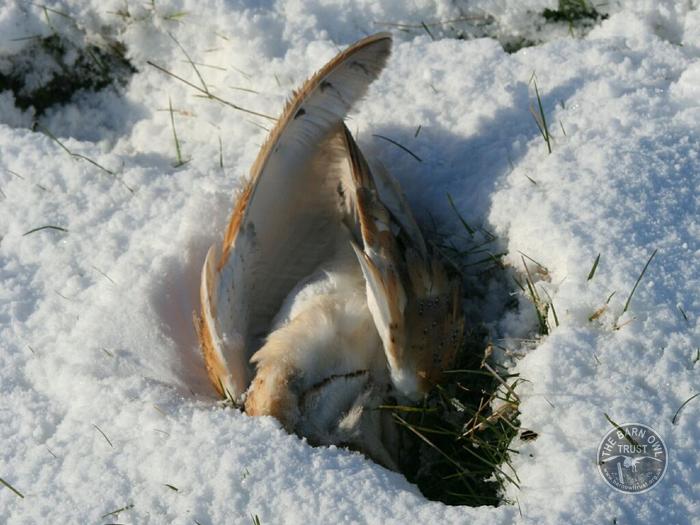 Although low temperatures, rainfall and snow cover can all have an impact on the owl’s survival, they are usually much less important than prey abundance. Dr Iain Taylor’s long-term study in SW Scotland demonstrated that Barn Owl survival was much more closely linked to vole numbers than it was to winter weather. Winters with moderate weather and low vole abundance produced more Barn Owl mortality than severe winters with high vole abundance.
Create & manage good Barn Owl habitat. 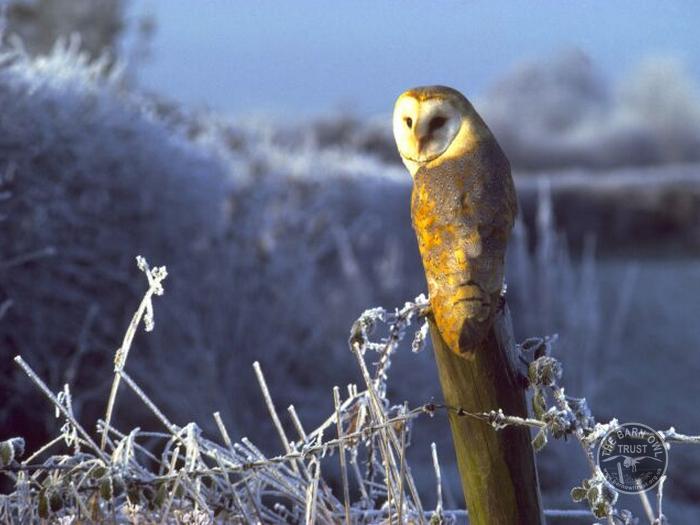 The owl’s highly detailed knowledge of its home range can mean the difference between death and survival. During a short break in severe weather, a Barn Owl that knows its area really well can fly directly to the optimum foraging habitat in any given ground, light and wind conditions. This increases its chances of success. See more pictures of Barn Owls in winter.

Local knowledge has so much survival value that the chances of a hard-pressed Barn Owl abandoning its home range to escape severe conditions are very small indeed. However, it may use parts of its home range that it doesn’t visit much in the summer. It may also have favoured winter roost sites – perhaps because they are close to a preferred winter foraging area or afford more shelter.

In very cold weather, Barn Owls are more inclined to use perches such as fence posts to hunt from rather than hunting from the air. This saves energy that would be used in flight and reduces heat loss (a flying Barn Owl loses a lot more body heat than a perched one). They can also conserve considerable heat energy by roosting in a warm and/or draft-free place such as a gap in a stack of bales or a nesting space built into a house. 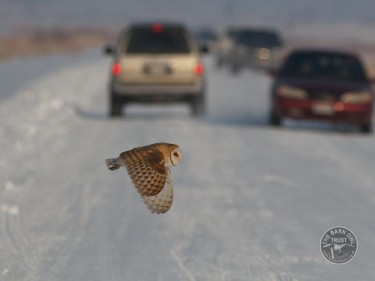 Although it’s wonderful to watch a Barn Owl hunting during the day, it often means that the owl is struggling to find enough food. During sub-zero temperatures, Field Voles become less active at night and more active by day (when it’s a little warmer). In order to catch them (and reduce the loss of body heat) the owls too may become more diurnal.

Historically, Barn Owls often inhabited or visited farm buildings that were infested with mice and rats. Being able to hunt indoors when conditions were severe was a tremendous advantage. Unfortunately, this has been lost on virtually all farms due to changes in feed storage and rodent control.