You are here: Home › Barn Owls and the law › Legal protection of wild Barn Owls 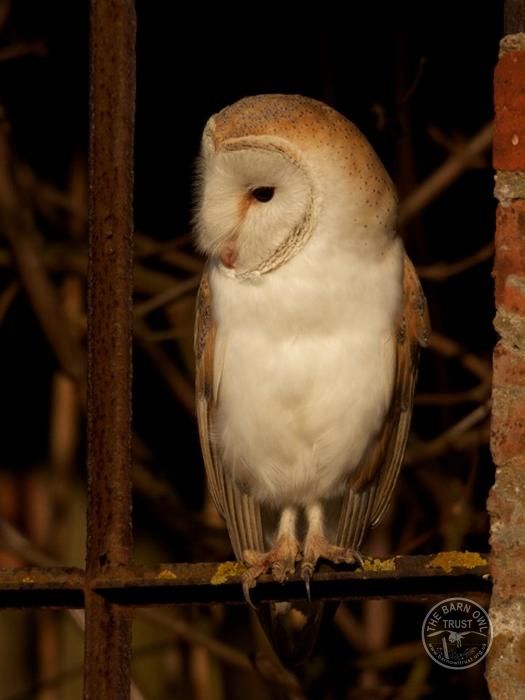 The Wildlife & Countryside Act 1981 provides protection for Barn Owls and most other wild bird species in England, Scotland and Wales. The eggs and nests of most bird species are also protected. Specifically, under Part 1, Section 1 (1), it is an offence to intentionally:

*a small number of species are excluded under Schedule 2 of the Act.

**The word ‘take’ means catch, capture or have in one’s possession. It is however perfectly legal to pick up a sick or disabled wild owl, provided the sole intention is to release it as soon as it is deemed capable of survival.

***Barn Owls do not intentionally ‘build’ a nest. However, their nest-places are characterised by a compacted layer of nest debris that is considered to be their nest. Removing whatever supports, surrounds or shelters the nest should be considered as nest damage or destruction.

Because Barn Owls are included in Schedule 1 of the Wildlife & Countryside Act 1981, under Part 1 Section 21 (1) the penalty for an offence involving a Barn Owl, its nest, or egg, includes a fine of up to £5,000, or up to six months imprisonment, or both, per bird, nest or egg.

The current limitations of legal protection

Sites used by Barn Owls have no protection per se, other than that afforded by virtue of the presence of other protected flora or fauna. However, because nesting adults and dependent young are protected against disturbance, the buildings or trees they occupy are effectively protected during these periods. At other times nest and roost sites can be legally altered or even destroyed. Traditional Barn Owl sites seem to be attractive to the species as a whole; nest sites can be re-used over long periods of time, not only by the same birds, but by successive generations of unrelated individuals, and even re-occupied by new individuals after long periods of absence. It is therefore disappointing that current legal protection does not extend to nest sites outside the nesting season.

Fortunately the destruction of sites that Barn Owls use is a rare occurrence, partly because the majority of site owners are sympathetic, and partly because the protection afforded within planning policy is in place at all times, as is the requirement for site checks for the avoidance of reckless disturbance.

Suitable Barn Owl foraging habitat receives no protection other than that afforded by virtue of the presence of other protected flora or fauna. What this effectively means is that even though a particular area may prove attractive to a foraging Barn Owl, this does not confer the area any sort of statutory legal protection, irrespective of the time of year, and whether or not the birds are breeding.

Which owl species are you thinking of?

The information on this page refers specifically to Barn Owls; the level of protection for other owl species such as Tawny and Little Owl is less extensive and does not include special protection against disturbance whilst nesting.