When do juvenile Barn Owls disperse? 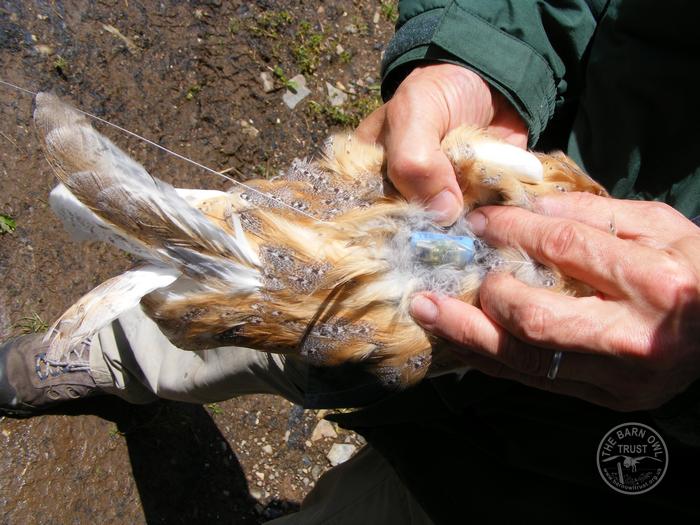 Dispersal direction appears to be completely random. However, at local level dispersal direction is probably influenced by landscape. It seems probable that they avoid flying over obstacles such as mountains. However, some must fly out to sea as individuals occasionally turn up on oil rigs and ships. Radio tracking studies have shown that dispersal usually consists of a series of moves between temporary roost sites. These are occupied for between 3 and 15 weeks and are up to 1 km apart.

The ringing of nestling Barn Owls and the subsequent recovery of ringed birds has provided a wealth of information on dispersal. Although ring recovery data is largely based on birds that have died, it does provide an insight into what happened while they were alive.

The average dispersal distance is 12 km (7.5 miles). The majority move less than 10 km and a small minority move a very long way indeed. Unusual movements include Devon to Yorkshire, Germany to west Cornwall and the Isle of Wight to Normandy.

In Britain dispersal distance is not affected by annual fluctuations in food supply, but in mainland Europe, Barn Owls disperse further in years when food is less abundant.

The dispersal period is usually over by late November. There are several factors that cause young owls to stay or move on;

Birds that haven’t established a permanent home range by this time are probably forced to do so. Reduced prey availability and deteriorating weather make survival the highest priority. Barn Owls that stay in one place and get to know the landscape in great detail stand a better chance of survival than those which keep moving on. This is due, in part, to the sensory limitations of nocturnal foraging.

It is a sad fact that juveniles in dispersal are more likely to die of starvation or injury than establish a home range. There are several factors working against them; 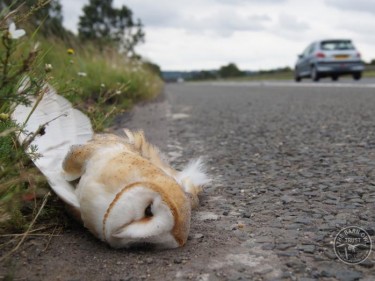 More Barn Owls die in dispersal than at any other time and this has more effect on Barn Owl numbers than any other stage of the life-cycle. In other words, juvenile survival rate determines population size more than clutch size, hatching success, nest mortality or adult survival rate. Therefore, understanding dispersal and why so many young Barn Owls die is incredibly important.

Once a Barn Owl has settled into a home range it faces the challenge of winter. Read about Barn Owls in winter.

The Barn Owl Trust’s biggest-ever research project (Barn Owls and Major Roads) included a detailed investigation into dispersal behaviour and mortality. Within the 109-page report we produced a 2-page section called The Brood Of 101 which, if you are really interested in Barn Owl dispersal and mortality, is well worth reading. The real enthusiast may also like to read Chapter 8 of “Barn Owls and Major Roads: Results and Recommendations from a 15-year Research Project”.