You are here: Home › Barn Owls and the law › Legal aspects of wild owl capture, care and rehabilitation 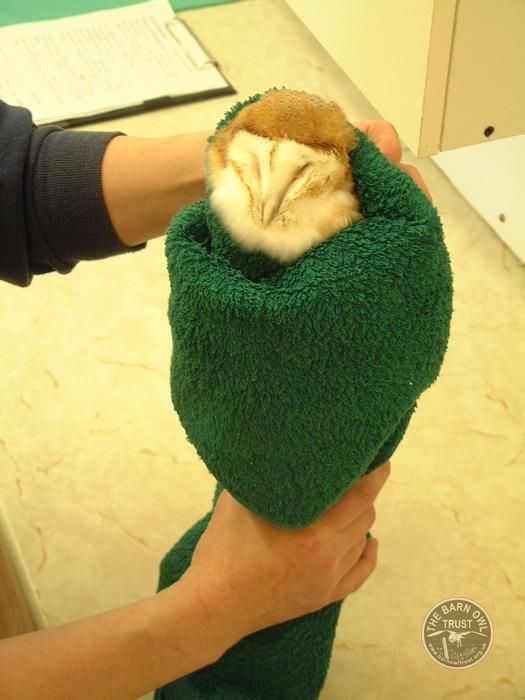 In England, Wales and Scotland, Part 1, Section 4 (2) of the Wildlife & Countryside Act 1981 allows the removal of an animal from the wild if it is injured and/or suffering, for the purposes of treating it and releasing it, or to euthanize it to prevent further distress. In Northern Ireland this is in Part 2, Section 5 (5) of the Wildlife (Northern Ireland) Order 1985. It is therefore perfectly legal to catch a wild bird that is unable to fend for itself, provided that your sole intention is to release it when it is deemed able to survive.

The Animal Welfare Act 2006 (Part 9, Section 1) which covers wild birds in care states: “A person commits an offence if he does not take such steps as are reasonable in all the circumstances to ensure that the needs of an animal for which he is responsible are met to the extent required by good practice.” In Scotland similar provision is made in the Animal Health and Welfare Act 2006 (Scotland).

When an animal is temporarily removed from the wild for the purpose of rehabilitation, the carer has a duty of care to that animal. Euthanasia may only be carried out if justifiable. If any unnecessary suffering is caused to the animal while in rehabilitation, the carer is liable to prosecution. In the case of a potentially releasable wild bird, doing anything that renders it unreleasable, such as allowing it to become tame, may be deemed an offence. Such birds should not be kept for any longer than absolutely necessary.

Picking up or receiving an owl

Nestling and fledgling Barn Owls are quite commonly found, having fallen from an unsafe nesting place or inappropriately designed nestbox. Once the owlet has been checked over and nothing found to be amiss, it will need to be placed back in the nest. Bearing in mind the special protection afforded breeding Barn Owls, there is a danger that a rescuer may be in contravention of the law by approaching the nest place for this purpose. In such cases, Natural England has advised that the legal requirement to return the bird to the wild could be considered to override the requirement for a disturbance licence.