You are here: Home › About the Barn Owl Trust › Trustees

The Barn Owl Trust is a registered charity and has five Trustees who are legally accountable for controlling its management and administration. They are all volunteers and between them they share the ultimate responsibility for all our decision-making, policies and expenditure. We also have an Honorary Treasurer who advises the Trustees on financial matters. They attend regular meetings in their own time and each has their area of expertise.

Here’s a little information about each of them: 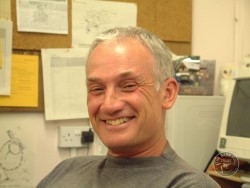 Senior tour guide with a specialist bird-watching holiday company. Keith is the current chair; he is a British Trust for Ornithology (BTO) ringer and trained the other BTO ringers at the Trust. He is responsible for overseeing all our bird ringing, involved in the recruitment of new conservation staff and was instrumental in the development of the Trust’s Health & Safety Policy and Forward Plan. He also line-manages our Head of Conservation. Keith has been interested in birds since he was a child and also knows a huge amount about butterflies and plants. 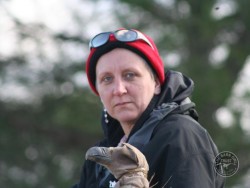 Frances runs her own business providing financial assistance, PR, photography and training for charities and not-for-profit companies. Until 2003 she was responsible for the day-to-day workings of the office, staff and volunteers as Managing Trustee. Now semi-retired from this role, Frances line-manages the Office Manager and is joint editor of Feedback (the Trust’s bi-annual magazine). She is a BTO ringer and helps with the Trust’s annual monitoring of Barn Owl sites. In her professional capacity Frances is responsible for paying all the bills and producing the annual and management accounts for the Trust. In her spare time she has a garden, makes baskets, takes photographs and keeps quite a few animals.

Frances has been a Trustee since 1987. 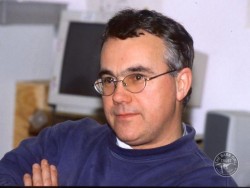 A solicitor and a Partner in Wollen Michelmore Solicitors, Simon became the Trust’s Honorary Solicitor in 1999 after moving to Devon from the southeast of England where he practiced law for over twenty years. He advises the Trust on legal matters. Simon has a keen interest in the environment and has been a member of Friends of the Earth and Greenpeace for many years. He was also involved in the creation of GASP!, a local environmental pressure group in Greenwich. As a result Simon took an MA in Environmental Law and is an active member of the United Kingdom Environmental Law Association (UKELA). Simon is active in the local community and is a Non Executive Director of Torbay Development Agency Ltd. In his spare time Simon plays bass guitar in a band even though he is old enough to know better. 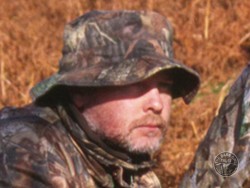 Company director of Wildlife Watching Supplies and wildlife photographer. Kevin has been a Friend and supporter of the Trust since 1993 when he began taking photographs for us. Born and brought up in Sussex he moved to Devon in 1989. He has been a commercial diver, went to agricultural college, worked on a farm and started a rope business. Through his varied careers Kevin always had a camera with him and has always been passionate about wildlife and wildlife photography. In 1992 he set up Wildlife Watching Supplies to provide better equipment for wildlife photographers. Kevin is married with 2 daughters.

Kevin has been a Trustee since November 2010. 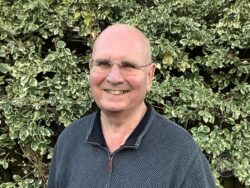 Ed is a Geordie who lived and worked in Australia and London for some years before coming to live in Devon in 1973. He has worked in a variety of areas, mainly in the public sector, ranging from buying electronics for the Phantom fighter/bomber, to finishing as a manager in the Devon Fire and Rescue Service. Ed’s involvement in the voluntary sector has included serving as a magistrate throughout the 1990’s and working as a volunteer in the FORCE cancer support centre in Exeter for five years. He became interested in the natural world at about the age of 12, with a particular interest in birdwatching, which has continued to the present day. A long-time keen gardener, he and his wife Kim now devote their efforts to making their garden as wildlife friendly as possible. Ed and Kim became supporters of the Trust in 2003 and since then have become regular visitors, attending many events and helping with BOT tasks including packing newsletters. 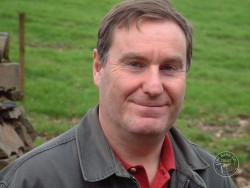 Mark is a District Councillor and a retired Senior Business Bank Manager and has worked closely with small businesses. He oversees and advises on all financial matters for the Trust. He was born in Gloucester where he grew up with several Dalmatian dogs but now lives in Devon. A keen bird watcher, he also loves sports and spends quite a bit of his free time working with people with mental health problems via Rethink.

Mark has been Honorary Treasurer since 2001.