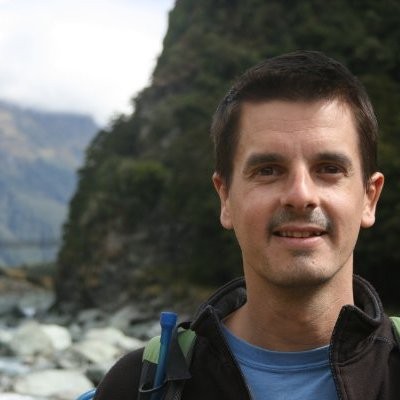 There are numerous Barn Owl volunteer groups and individual enthusiasts in the UK helping to conserve this most popular of bird species. However, one of the difficulties faced by Barn Owl conservationists until 2006 was the lack of information on the species’ habitat requirements. Although rough grassland was well known as the species’ optimum foraging habitat, the simple question “how much do they need?” could not be adequately answered. Whilst many Barn Owls seem to depend on the availability of prey-rich rough grassland, in some areas they appear to do well without any. In the absence of dedicated research, assessing landscape suitability for Barn Owls and for nestbox schemes was a major challenge. With these problems in mind, Nick Askew asked the Barn Owl Trust to support his PhD thesis research.

Nick now takes up the story… 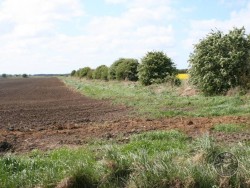 It is hoped that these maps may prove useful for Barn Owl conservation groups wishing to find new locations to target their nest-boxes. By simply downloading a map from the BOT website, you can open an image of your region and zoom in to your area. Each 10 km OS square is clearly labelled and each coloured cell represents a 1 km square. Land within 1km of a trunk road (where Barn Owl nestboxes should not be erected) are also shown (yellow hatched areas).

I also split Britain into three different landscape types: Arable, Pastoral and Mixed. This allowed me to compare habitat associations of successful nests between different agricultural areas and thereby quantify habitat requirements. So what did I find? 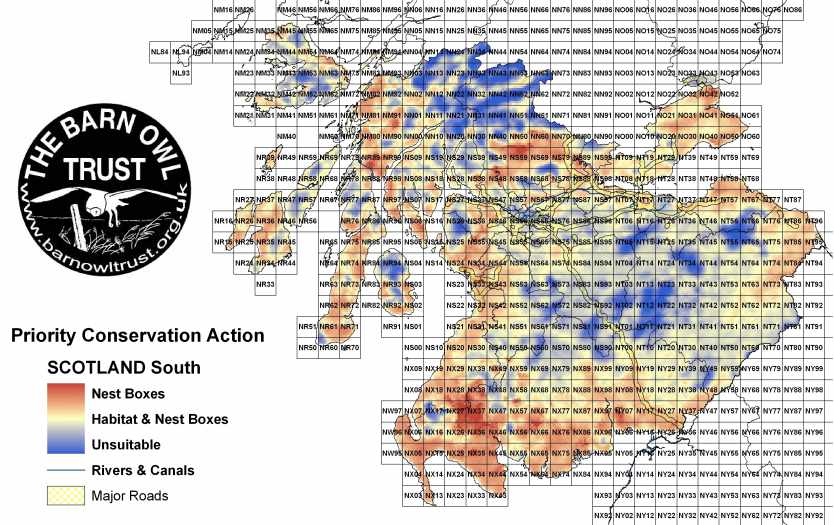 The maps that Nick produced show the suitability for Barn Owls of every 1 km square in England, Scotland, and Wales

The results show that Barn Owls are primarily associated with lowland areas of arable and horticultural usage, but also occur in pastoral habitats. These relationships were strongest in England and Wales. If you have arable or horticultural landscapes in your area they could be some of the best locations for Barn Owls. Of course, it is unlikely that Barn Owls hunt directly where crops are grown or where livestock are grazed. I suggest instead that lowland landscapes indirectly provide hunting opportunities for Barn Owls in the form of prey-rich rough grass margin habitats. I then compared the quantity of rough-grass available around Barn Owl breeding sites in the three different landscape types.

These results help us better answer some fundamental questions relating to Barn Owl conservation. How many times have we been asked, “how much habitat do Barn Owls need?”. It seems that the landscape type may be an important part of the answer.
The results of this groundbreaking work are now available. The landscape suitability maps, and more information relating to habitat requirements in different landscape types, are now available and a free RSPB/BOT Leaflet is available. Information from this study has since been incorporated into the Barn Owl Conservation Handbook.

More about how much land Barn Owls need.