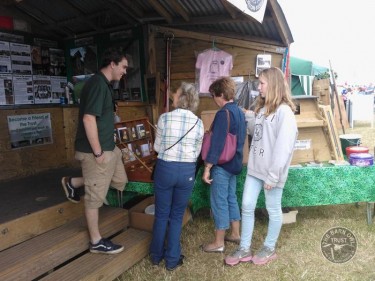 Despite the extremely variable weather, Trust staff and volunteers have been out and about this summer meeting folk at a number of shows.

We started in May with the Devon County Show and June were in Cornwall where we won first prize for the best scarecrow on the Royal Cornwall Show Scarecrow Trail 2015. With over 100 entries the standard was fantastic. The public who took part in the trail decided which one they thought was the best …and the winner, by a country mile, was – the Barn Owl Trust. Well done to Jo and Aaron who made the winning scarecrow for us.

We also took first prize at the Totnes Show for the best Trade Stand and received a cup along with our certificate. 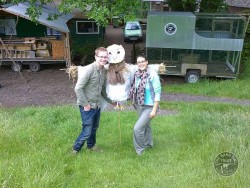 Aaron, Jo and our winning scarecrow 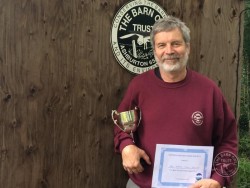 A new name for Seymour
Lots of New Arrivals!