The LLP consists of 26 acres nestled on the edge of Dartmoor in Devon, and includes part of the River Ashburn which runs through the woodland valley where the Barn Owl Trust offices are set. Creating rough grassland, re-creating hedge banks, planting an orchard, building a wildlife tower and stone banks, plus two wildlife ponds has hugely increased the biodiversity of this varied landscape.

Find out how we look after our Barn Owl habitat and follow our monthly highs and lows of wildlife sightings, unpredictable weather and practical conservation work.
More about our Wildlife Diary. 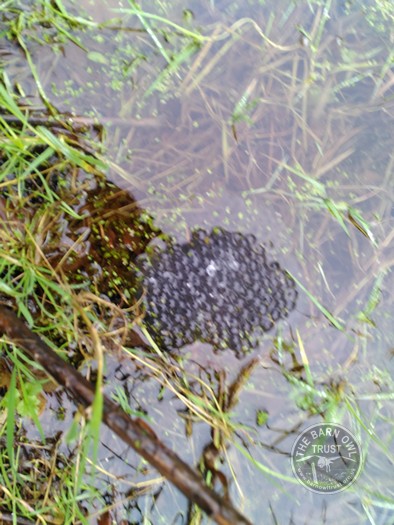 The first Frogspawn arrived on the 4th, in time for the first frost of the year

The month began with unusually mild temperatures (mean of 11.6°C) for the first three days (the average normal January mean temperature is 6.19°C). However, this changed on the 4th with the mean dropping to 5.1°C and a heavy frost overnight into the 5th.

The first frogspawn of the year was seen in the Oakley pond on the 4th. The earliest date recorded since 2008.

On the 6th 30+ Linnet and the same number of Chaffinch were seen in and around the bird crop at lunchtime and 1 Reed Bunting was heard. On the 10th the top of the field was covered in low cloud and as the sun tried to break through the raindrops on the rough grass tussocks glistened like jewels. A flock of 60+ Linnets were seen on the 11 and two female Pheasants emerged from the crop. 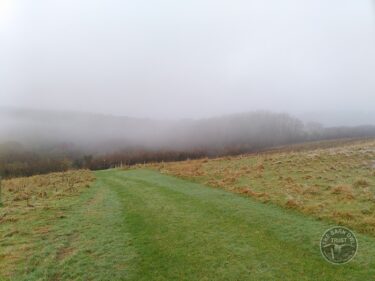 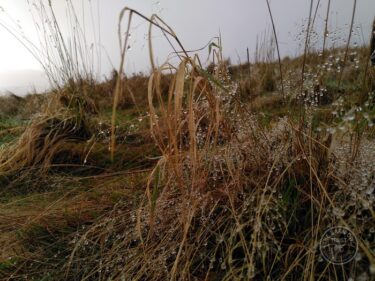 More Frogspawn had arrived in the Oakley Pond by the 12th and there were also several patches in the Flo Pond. The morning brought a frost and this was the first ‘blue sky’ day of the year. Several small flocks of Linnets were seen over the crop and in the hedgerows and a flock of 60+ were singing in the large Ash tree by the Holly hedge and could be heard 300metres away. As we approached they flew off towards the crop in several smaller groups.

On the 13th two female Pheasants flew up out of the crop and several small flocks of Linnets were seen. The Heron was seen flying up from the Flo Pond and did a slow circuit of the valley, it is visiting regularly as evidenced by the large number of white droppings on and around the pond. Two seperate flocks of approx. 40 and 60 Linnets were seen over the crop on the 14th and on the 15th about 30 were flying over and glittering in the late afternoon sunshine. Corn Marigolds were still flowering in the crop on the 15th.