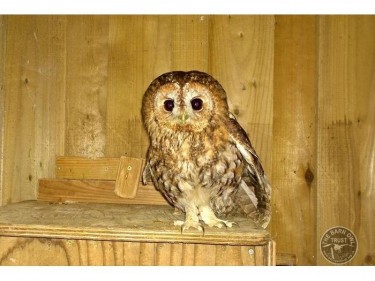 On 7th March our senior conservation officer, David, found a very lucky Tawny Owl on the road near Ugborough. The owl had obviously only recently been hit as was in the centre of the road waiting to be squashed by the next fast car.

‘Ug’ as she is now known had a break in her left wing. We had hoped that she would be releasable but after 3 weeks in our hospital it’s apparent that although  her broken bones have knitted back together her left wing doesn’t fully extend and looks like it’s permanently disabled. She won’t fly well enough to survive in the wild.

48.8% of the injured owls we receive are released back into the wild. Sadly ‘Ug’ the Tawny Owl is not going to be one of them so she will spend the rest of her days here in our Owl Sanctuary. 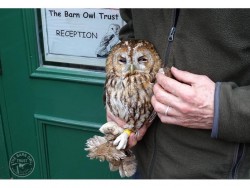 On 1st April she was moved into our largest aviary to live with most of our other Tawnies, bringing the total of our permanently resident Tawny Owls to 39.

You can support our rehabilitation work by making a donation or by giving an Owl Aid Gift.

We receive a lot more casualty Tawny Owls than Barn Owls, simply because they are far more common. 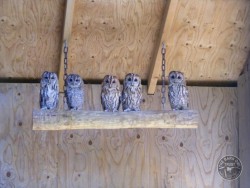 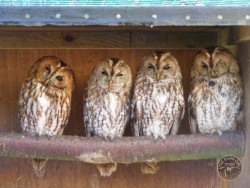 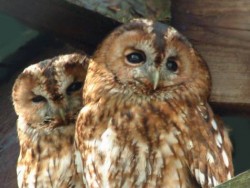 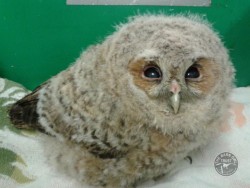 Welcome to our new website
Dela – the Barn Owl