You are here: Home › The Unfolding Catastrophe
By Alan Lewis on October 18, 2019 in Barn Owl Trust News 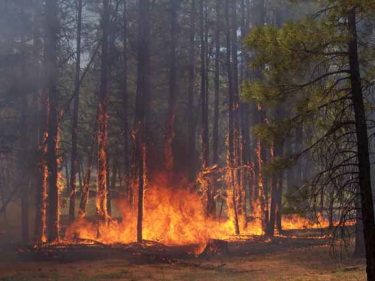 In August the entire surface of the Greenland Ice Sheet was wet and 250 billion tons of ice were lost to melt run-off. The fact that the Arctic is warming twice as fast as the global average causes high level winds (the Jet Stream) to weaken and meander further south and High and Low Pressure Systems to become locked-in – hence the longer lasting weather events we experience.

On top of all that, significant parts of the World are on fire! Alaska has been burning since June, Siberia since July. Even Greenland is on fire! The World’s richest wildlife habitat (Rainforest) is also suffering its biggest ever fires across Brazil, Peru and Bolivia.

Extreme weather events and wildfires are between 2 and 30 times more likely to occur due to the Climate Crisis (mainly caused by the burning of fossil fuels). Welcome to the new normal.

While we’ve all been working hard to conserve the habitat of the Barn Owl; campaigning, signing petitions, writing to MPs, and donating to environmental causes, Climate Change has turned into a “Climate Crisis” and the gradual loss of habitats and species has become a full-blown “Mass Extinction Event”.

More than half of all the damage that man has ever done to the environment, and more than half of all greenhouse gas emissions, have happened in just the last thirty years. This unfolding catastrophe is aided and abetted by our own government to the tune of £10.5Bn per year – the highest fossil fuel subsidy rate of any EU member state.

Greenhouse gas emissions are going up, not down, and Life on Earth is in grave danger.

95% of the heat energy we’ve trapped has been absorbed by the world’s oceans. Even if emissions stopped today, the polar ice caps will continue to melt, and our climate will continue to deteriorate.

When ecosystems collapse, it’s the species at the top of food chains (such as Humans and Barn Owls) that are often the first to go. In the words of the UN Secretary General, we face “total disaster”.