You are here: Home › Surviving against the odds
By Jo Plant on January 11, 2016 in News Archive 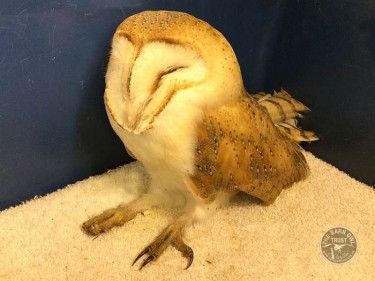 When we received our most recent Barn Owl for rehabilitation last Wednesday (6th January) we were convinced that the bird wouldn’t make it through the night due to the terrible state she was in. At just 215g, she was below starvation weight for a female Barn Owl. The odds didn’t look good! To avoid stressing her already very weak body too much, we only gave her a glucose solution to stave off dehydration and left her with some cut up food overnight.

Going into our bird hospital the next morning, we expected the worse so it was fantastic to see that not only had she survived the night but she had eaten all of the food as well! That day she ate a further 4 chicks – double what we feed our sanctuary birds – and has continued to go from strength to strength ever since. It is quite unusual for a bird in rehabilitation to eat on its own straight away but this bird is clearly a fighter! 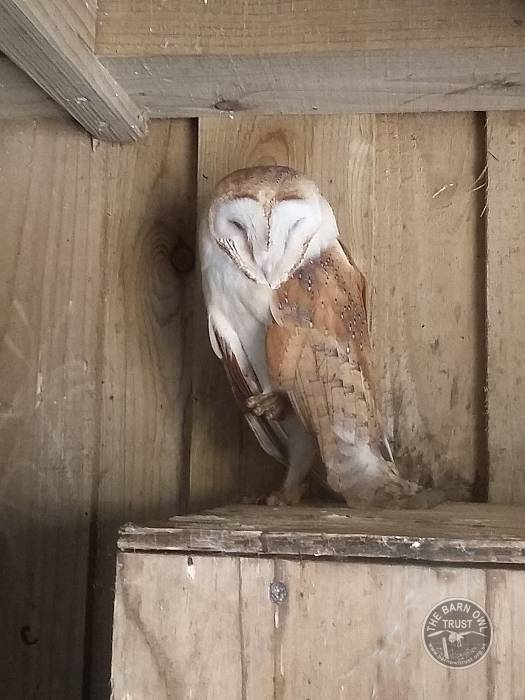 We have decided to name her Jenny. This is in support of one of our long-term volunteers whose husband, Pat, sadly passed away just before Christmas. Coincidentally, the lady who we collected her from was also called Jenny!

With the speed at which she is regaining her strength, we will hopefully be able to release her back into the wild in the near future. However, she will need to spend some time in an aviary first to strengthen up.

Update (14th January): Jenny is doing really well. She moved into an aviary earlier this week and is still eating 3 chicks a day. In the week that she has been with us she has put on nearly 100g in weight! At the moment she is struggling to take off from the ground – a very important skill in the wild as they land on the ground when catching prey. This should quickly improve now she is in an aviary and we hope she can be released next week. 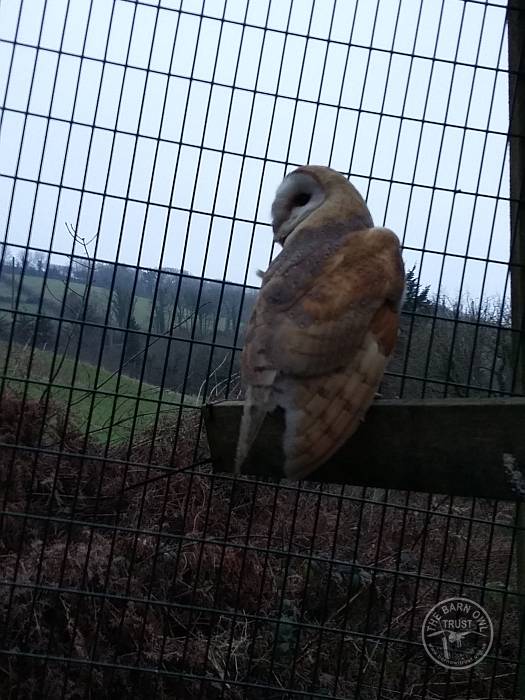 Update (21st January): It’s time to take Jenny back to where she was found to prepare for release! As she has been with us a couple of weeks now, we are going to do what is called a supported release (have a look at our release methods page for more info). She will spend another couple of weeks in a mobile aviary at the release site and then continue to be fed once she has been let go. This will slowly ease her back into hunting for her own food. She has reached a healthy weight of 325g and we have fitted her with a BTO ring so we will hear if anyone finds her.