The State of Nature report 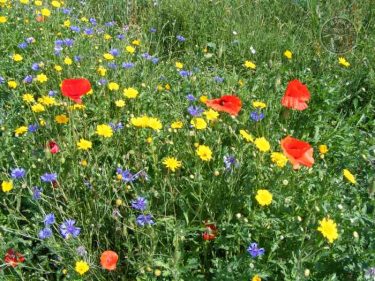 has collated the best available data on the UK’s biodiversity, with a focus on the trends in species as the key evidence of how nature is faring. It also assesses the pressures acting upon nature, and the conservation response being made, in order to give a rounded view of the UK’s nature in 2019.

The report states:
“Our statistics demonstrate that the abundance and distribution of the UK’s species has, on average, declined since 1970 and many metrics suggest this decline has continued in the most recent decade.
There has been no let-up in the net loss of nature in the UK. Prior to 1970, the UK’s wildlife had already been depleted by centuries of persecution, pollution, habitat loss and degradation.”

Read the comments and follow the links below for more information:

“Nature is still being lost across the UK at a deeply concerning rate. Many of the pressures and threats driving these declines – like nature itself – do not respect national boundaries.  Whilst governments across the UK have recognised the climate and environment crises threatening our natural world – and that restoring the natural world can provide some of the solutions we need – there desperately needs to be more immediate action and cooperation on the protection of nature between the four countries. We need ambitious legislation with binding targets to not only halt nature’s decline but secure its recovery. And we need that legislation now.”
– Beccy Speight, RSPB.

“We owe a huge debt to the thousands of volunteers who give up their time to take part in the huge range of surveys that enable us to produce reports such as this. There is considerable change in the plants and wildlife we share this country with, and it is essential to understand the underlying causes, identify species and habitats under most pressure and collectively take appropriate conservation action. Without the dedication of these volunteer naturalists, our knowledge and capacity to respond would be very much poorer – thank you to them all.”
– David Noble, BTO.

“The UK’s wildlife is in serious trouble. We know that over 40% of species have declined since 1970 and it’s simply not acceptable. We are now at a crossroads when we need to pull together with actions rather than words to stop and reverse the decline of those species at risk as well as protecting and creating new habitats in which they can thrive.

“Nature is in big trouble but we know how to bring it back. Local action is already making a real difference and now the government needs to play its part. We need a Nature Recovery Network established in law – one that is locally developed and nationally connected – this would help join up our last remaining wild places by creating vital new habitats. It’s time to make nature a normal part of childhood again and restore wildlife so it can recover and thrive across urban jungles and the countryside once more – where it can be part of people’s daily lives.”
– Nikki Williams, Wildlife Trusts.

“We need a strong new set of environmental laws to hold our governments and others to account and to set long-term and ambitious targets.  Only a robust approach to environmental protections and law making can deliver this for England, Wales and Northern Ireland.”
– Rosie Hails, National Trust.

“Today’s report paints a stark picture of the state of some of our most-loved species. These losses matter as they represent an unravelling of the web of life upon which we depend.”
– Tony Juniper, Natural England.

“The 2019 State of Nature Report highlights the plight of our wildlife and shows that we are still a long way from leaving our environment in a better state than we found it, while the climate and biodiversity crises make painfully clear that this is desperately needed. Amidst this serious message, the report also provides inspiration and hope. Thanks to the incredible hard work and determination of conservation charities and their army of volunteers, there are signs of recovery in some areas.”
– Toos van Noordwijk, Earthwatch.

“Due to numerous pressures, butterfly and moth populations in the UK continue to show worrying declines. Through suitable management, some conservation successes of our most threatened species, such as Duke of Burgundy and Large Blue, show that conservation action and research are vital to help save species from further decline.”
– Dr Emily Dennis, Butterfly Conservation.

“We must tackle nature decline at the same time as we tackle the climate breakdown. By creating more and better managed native woodland habitats we tackle both problems together. The additional effect of increased pests and diseases facing our native trees and woods, like ash dieback, will have wide ranging impacts on wildlife, and mean we need to redouble our efforts. Now is the time to fight back against both nature decline and climate change.”
– Christine Reid, Woodland Trust.

“The State of Nature report documents the alarming state of our wild species and spaces. Many of our mammals are particularly at risk. Hazel dormouse populations continue to decline at an alarming rate. But it’s not too late to reverse this trend. We have both the time and the will to respond. The overwhelming contribution to this report by thousands of volunteers across the UK shows just how much people care about our wildlife and wild spaces. It’s vital we act now to protect them.”
– Nida Al-Fulaij, People’s Trust for Endangered Species.

“We know that nature is in crisis and our wildlife is disappearing – we are in the midst of a nature and climate emergency right here at home. If we want a planet that still has butterflies and bats, with clean air and water that is protected for future generations, then we need a response that matches the scale of the challenge we are facing. The decisions made in the year ahead will determine the future of our world and the wildlife we share it with.”
– Dr Mark Wright, WWF.

“We have identified seven species of mammal which are in grave danger of disappearing from our landscape, the wildcat, greater mouse-eared bat, grey long-eared bat, black rat, red squirrel, water vole and beaver. Populations of some of Britain’s most iconic mammals, including the hedgehog and the dormouse, are also declining.”
– Fiona Mathews, Mammal Society.

“Plants fuel the diversity of life on earth: they are the building blocks of all habitats and the foundation of complex food-webs that include all our other wildlife including insects, mammals, reptiles, amphibians and birds. We know one in five British wild flowers is under threat and continued declines, as revealed today, must be urgently addressed if we are to better protect the wealth of wonderful wildlife plants underpin. This means doing much more to unroot the drivers of decline such as the intensification of agriculture, climate change, and air pollution. Where wild flowers lead, wildlife follows: the marsh fritillary butterfly feeds almost exclusively on devil’s-bit scabious, so lives or dies according to the prospects of its food plant.”
– Jenny Hawley, Plantlife.

“As we lose nature we lose a huge part of what makes us happy and healthy. The UK’s ministers and business persist in planning and funding – often with public money – disastrous projects and practices which will only continue to destroy nature. Our government has made repeated declarations in recent years to halt, and reverse, the decline of nature – even leading negotiations on global commitments around this. The years following have shown a complete inability to do any more than ‘talk the talk’; setting targets as little more than a PR exercise without any ambition to follow through on them.”
– Paul de Zylva, Friends of the Earth.

“Our marine environment is undergoing continued change as a result of both direct human pressures and climate change, including the reshuffling of plankton communities which support the UK marine food web. It is only through continued monitoring that impacts of pressures such as overfishing and climate change can be efficiently assessed and managed. Given our reliance on the ecosystem services provided by a healthy and functioning marine ecosystem, it is crucial that conservation of marine biodiversity is kept high on the political agenda.”
– Dr Jacob Bedford, University of Plymouth.

“Young people are already at the heart of driving solutions to the climate and biodiversity crisis and we should further encourage them to share their voice and advocate for change. The State of Nature Report is a wake-up call. The stark declines in UK wildlife are already impacting the resilience of nature, the climate and our own livelihoods and we must take urgent steps to turn this situation around. I hope that the report will inspire more young people to take up this vital cause.”
– Hendrikus van Hensbergen, Action for Conservation.

“Britain’s wildlife is arguably the best monitored in the world thanks to the millions of hours invested by thousands of committed volunteer recorders. State of Nature 2019 utilises this unique resource to provide the most complete picture of the state of Britain’s wildlife ever assembled – and the results are alarming.  Whilst there are some ‘good news’ stories, up to half of the species in some groups are in serious trouble. Plants provide the bedrock of a healthy ecosystem and it is clear from the results that their declines are exacerbating more marked declines in other groups that rely on them, notably insects, mammals, birds and butterflies.”
– Dr Kevin Walker, Botanical Society of Britain & Ireland.

“invertebrates are at the heart of healthy ecosystems, far outnumbering vertebrates in numbers of species and abundance. With well over a million spider records collected entirely by expert volunteers, this important group can now form part of our assessment of the state of nature. Half of our 688 species are either nationally scarce or rare and 16% are threatened with extinction. More encouragingly, species recovery programmes for two of our rarest and most spectacular species – the Fen Raft Spider and Ladybird Spider – show that targeted research and conservation action can restore sustainable populations for the future.”
– Dr Helen Smith, British Arachnological Society.

“Once again the State of Nature team has provided a valuable update on what’s happening to the UK’s wildlife. The full report published today complements the day to day work we and 1000s of citizen scientists do on bumblebees. We know from our ‘BeeWalk’ citizen science recording scheme that some of our commonest bumblebees are in decline. We all have much to do to ensure that we reverse the declines, in both species and habitat quality, to ensure the the UK’s full range of wildlife is both thriving and valued.”
– Gill Perkins, Bumblebee Conservation Trust.

Read the State of the UK Barn Owl Population 2018 report.