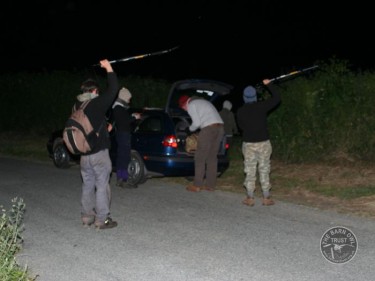 Surprisingly little is known about what young Barn Owls do when they become independent, but collaborators from the Trust, Ambios Ltd and Lotek UK have produced original scientific research on their dispersal behaviour. By fitting radio-tags to young owls in their nests, the team created an exciting opportunity to follow the juveniles as they ventured out into the world.

They found that female Barn Owls travelled further between roosts than males, and that the young owls usually roosted in trees until harsh weather pushed them to use nestboxes instead. The sites where owls were relocated were not situated along rivers or major roads, suggesting that these linear features are not used during dispersal. Hopefully, tech improvements will enable more discoveries about this critical stage in the Barn Owl life cycle.

The author’s manuscript is available here and the Version of Record is available in Bird Study (January 25th 2022) – here.