You are here: Home › The Oldest Wild British Barn Owl
By Rick Lockwood on January 30, 2017 in News Archive 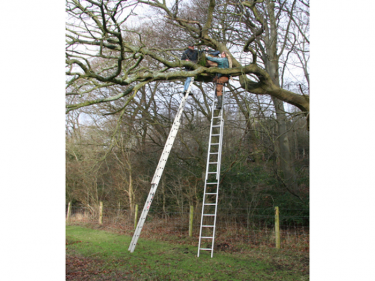 The Bisham Barn Owl Group, set up in 2014 to study Barn Owls in South Buckinghamshire and East Berkshire have made an amazing discovery – Britain’s oldest wild Barn Owl!

Knowing how long birds live is one of the many questions answered by our national bird ringing scheme run by the British Trust for Ornithology. Ring a chick and if it’s found (usually when it dies) you can find out how long it lived. Repeat this year after year and you’ll build a picture of the species life expectancy, mortality causes, and a whole host of other interesting and useful information.

For British Barn Owls we’ve learned that the average life expectancy, above 5 weeks old, is only about 18 months. Those that survive more than 12 months typically go on to live until their fourth year.

In the summer of 2001, on a farm near Watlington, Oxfordshire, a brood of six Barn Owls was ringed* by the South Oxfordshire Ringing Group. The brood included a chick fitted with ring number GN40325. The young fledged but were not seen again by the Group. 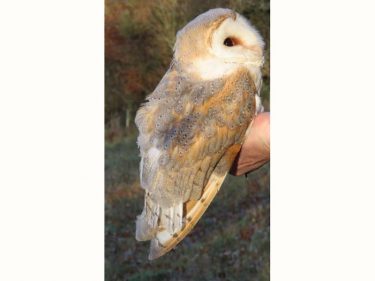 We have to wait nearly fourteen years, to the start of 2015, for the Bisham Barn Owl Group to enter the story. We were invited to check an owl nest box in the Buckinghamshire Chilterns. The box, attached 5 metres above the ground to the bough of a tree, hadn’t been inspected for some time. Its roof leaked, it was stuffed full with sticks from a forgotten Jackdaw nest, and yet, a pair of Barn Owls had set up home. We cleared out the sticks and repaired the roof to give the birds a chance of breeding.

Come the summer a pair bred successfully, raising a single chick. In the Autumn, whilst we were checking all our boxes for repairs, we caught the parents. After ringing the male, we found that the female was already ringed. And, yes, her ring number GN40325 identified her as being from the brood ringed in 2001. This made her 14 years old – not then the oldest barn owl recorded but well beyond that 4-year average. GN40325 was nicknamed “Bernice”, and we wondered if she would return the following year.

In June 2016 we checked Bernice’s box – she was present and incubating four eggs. Alas, the wet spring that year restricted vole hunting and the eggs failed to hatch (the eggs will be analysed in due course to see if we can determine why they failed). 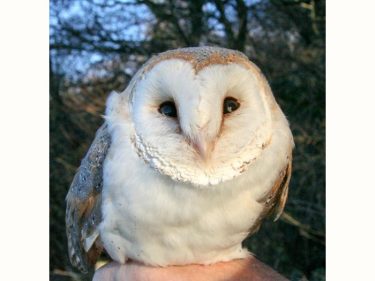 In November, we made further repairs to the ageing box. Boxes are often empty at this time of year but Bernice and her mate were present and with that visit she became the oldest Barn Owl recorded in Britain at 15 years, 113 days.

The Bisham Barn Owl Group will be active again in 2017, monitoring owl boxes and ringing chicks. We hope to meet Bernice again, that she’ll raise more chicks, and with rings applied, in years to come, another ringing group may record the oldest Barn Owl in Britain.

*The study is being carried out bird ringers licensed by the British Trust for Ornithology. The data is collated nationally and used to analyse nesting productivity and survival rates of the Barn Owl population.