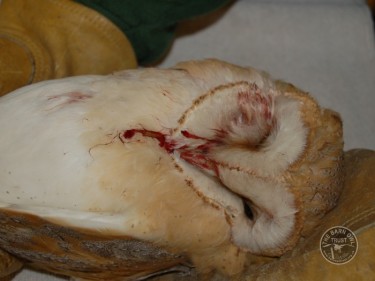 In 2013 across Britain, the number of Barn Owl nests varied between 24% and 100% down on normal levels. Changing climate and habitat loss is part of the picture but Barn Owls are also being killed by powerful rat poisons used on farms across the country. Indeed, the latest scientific research shows that 95% of Britain’s Barn Owls feed on poisoned prey. Some die as a direct result.

It is highly likely that sub-lethal doses also have a negative impact (see below). Rodenticides can be used without any training and product labelling is inadequate and misleading.

We call upon Government Minister Mike Penning, and the Health and Safety Executive to:

The Barn Owl Trust advocates that all SGAR products be labelled with this information:

(1) Owls and other raptors can be killed by the use of this product even if the instructions are strictly followed. This type of rodenticide has been detected in up to 95% of Barn Owls and 100% of Kestrels analysed by the Predatory Bird Monitoring Scheme.

(2) This product is slow acting. Typically it takes 3–14 days for poisoned rodents to die, before which they will still be moving around and may be eaten by predators such as Barn Owls, causing ‘secondary poisoning’.

(4) This product should only be used as a last resort where other control methods, non-toxic products and less-toxic products have been recently used and a rodent problem persists.

(5) This product must not be used permanently or as a preventative measure but only for a maximum of 35 days where there is a significant threat to public health. 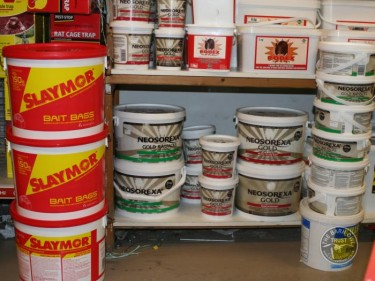 The Barn Owl Trust’s Rodenticide Campaign.
The Barn Owl Trust’s recommendations are based on scientific research from a variety of reliable sources (references below), as well as our own 25 years of experience in the field, advising farmers, landowners and gamekeepers on more environmentally friendly methods of rodent control (as summarised in the Barn Owl Conservation Handbook).

Highly toxic
Highly toxic rat poisons called Second Generation Anticoagulant Rodenticides (SGARs) were first introduced in the 1970’s. Since then the proportion of Barn Owls found to contain this type of poison has increased from 5% in 1984 (Newton et. al. 1990) to 91%* in 2010 (Walker et. al. 2012), and in 2011 the proportion of Kestrels contaminated reached 100% (Walker et. al. 2013). Some birds die as a direct result – typically bleeding to death from internal haemorrhage (Taylor 1994). The effects of sub-lethal doses are unknown although the anticoagulant Warfarin in humans can cause nausea, vomiting, diarrhoea and fever (Taro Pharmaceuticals (UK) Ltd. 2008) – and Warfarin is 100 to 1,000 times less acutely toxic than SGARs (Walker et. al. 2008). It is probable that SGAR poisoning is a significant cause of Barn Owl decline and there is no doubt that the overall effect on predatory birds is negative (Barn Owl Trust 2012).

*Part of this increase is due to improvements in chemical analysis techniques.

Out of control
There is no effective control over the use of these highly toxic poisons, which are widely sold to the general public, used on 76% of farms (Dawson et. al. 2003) and by 75% of gamekeepers (HSE’s SGAR Stakeholder Seminar 2013). Although 40% of all SGAR use is by professionals (HSE’s SGAR Stakeholder Seminar 2013), anyone can set themselves up as a Pest Controller as no qualifications are required (BBC2 Panorama 06/08/2012).

Controls on the use of SGARs are currently under review by the Chemicals Regulation Directorate of the Health and Safety Executive. Additionally, under EU regulation No 528/2012 BPT Article 5(2), member states are only permitted to allow the use of SGARs “subject to appropriate risk-mitigation measures to ensure that exposure of humans, animals and the environment to those active substances is minimised”. As a fundamental element of risk mitigation, we call upon Minister Mike Penning to ensure that the measures set out above are undertaken. 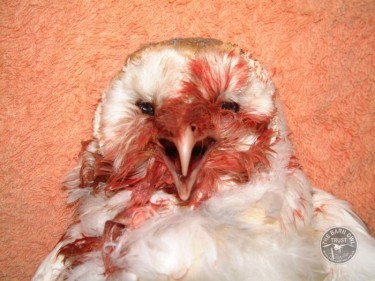 The problem with rodenticides
Using rat bait does not stop rodent infestations. As long as food and harbourage are available rat numbers will always rise again. Where food is constantly available, denying the rats’ access to it is the only real long-term solution although simply removing harbourage can be as effective as using poison (Lambert et al. 2003).

Here is an example from just one ‘sector’ of rodenticide use: It is estimated that 50% of the food put out by Gamekeepers for the 70 million pheasants they release each year is eaten by rats and that 75% of keepers use SGARs in the open countryside. The widespread poisoning of wildlife for the sake of human sport is clearly unjustifiable.

The solution
We need the Minister to ensure that HSE takes on board everything we are petitioning for – this will go a long way towards solving the problem. Whilst the ultimate solution will always be the removal of food and harbourage, we have listed many alternative ways of controlling rat populations. How to control rats as safely as possible.