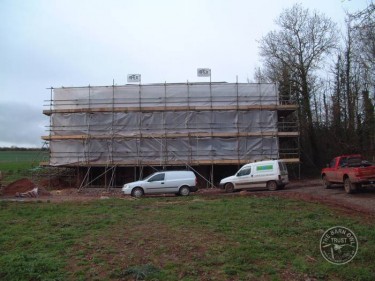 The netting of wildlife habitats such as hedgerows, trees, cliffs and buildings attracts media attention and opposition. Increasingly, developers are netting sites prior to the breeding season to exclude birds so that development works can continue without active nests being destroyed. Provided that no active nests are destroyed, nor are Schedule One birds such as Barn Owls disturbed whilst nesting, this is not a contravention of the Wildlife and Countryside Act 1981 (as amended).

Nevertheless, with growing public awareness of the threats to biodiversity posed by climate change and the ecological crisis there is a strong sense that netting is simply wrong, unfair and unethical. We share these concerns.

In the case of Barn Owls there can be no harm in excluding individuals from sites that have no signs or history of occupation (though many other species use similar sites to Barn Owls and their welfare should be fully considered). 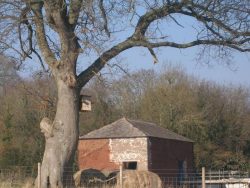 However, where occupied sites or sites likely to be re-occupied are due to be lost we always recommend that temporary alternative provision is made in the form of a nestbox  for the birds within 200 metres and at least 30 days in advance of works, thereby mitigating the impact of the loss before it happens. Where there is a history of, or potential for, nesting we recommend that no works are undertaken in the breeding season, usually considered to be March to August inclusive. Barn Owls have been recorded with eggs or dependent young in every month of the year so we also recommend a final check immediately before works commence to confirm no nesting is taking place. Finally, permanent built-in provision for Barn Owls should be made inside the finished development. At every opportunity, suitable foraging habitat should be created and subsequently maintained. 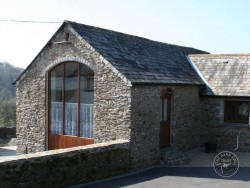 With regard to the exclusion of other species, including owls, from potential nest sites such as hedgerows and trees, our preference is for features to be removed outside the nesting period rather than netted to allow removal within the nesting period. The short term impacts of developments should be fully mitigated and in the longer term the wildlife value of sites should be enhanced to provide net gains for biodiversity in line with National Planning Policy Framework  15(175).

We consider it essential that all non-temporary mitigation and enhancement measures are as long-lasting as the life expectancy of the finished development.