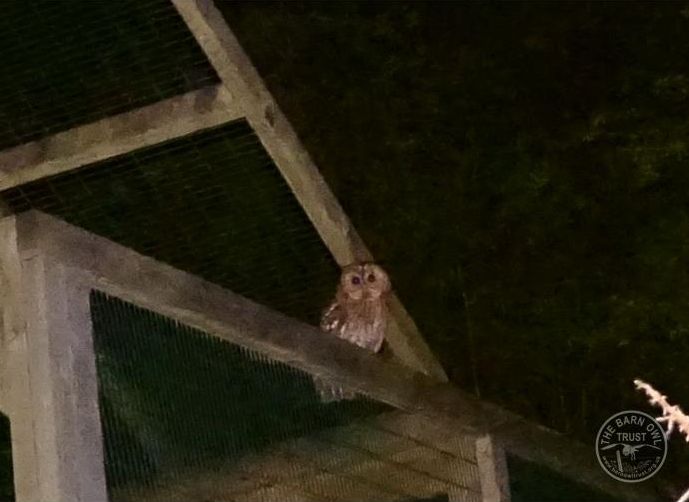 On the night of the 22nd May, Porridge the Tawny Owl took to the wild. Porridge arrived here at the end of February and was around 6 weeks old which means she hatched in mid-January.  She was one of the earliest owlets ever recorded as most Tawnies don’t even lay their eggs until mid-March. She was found in Dartmoor prison hence her name –  Porridge.

We release most young Tawny Owls later in the year but because she hatched so early we felt she was ready to go.

On a calm dry evening, the roof of her aviary was quietly lifted up and about 20 minutes later Porridge emerged, completely relaxed and by the time we stopped watching she was sitting on the adjacent Owl Hospital roof.

4 nights later food was taken from the release aviary, probably by Porridge but we can’t be absolutely sure as a wild Barn Owl and another Tawny Owl have been spotted nearby. 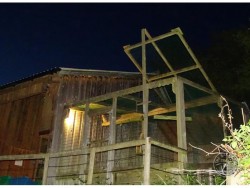 Still inside the aviary 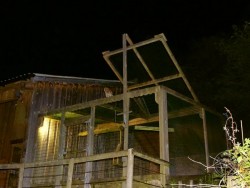 Out and looking about 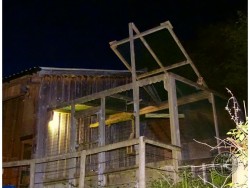 Another view of the outside world

Up on the roof of the next building