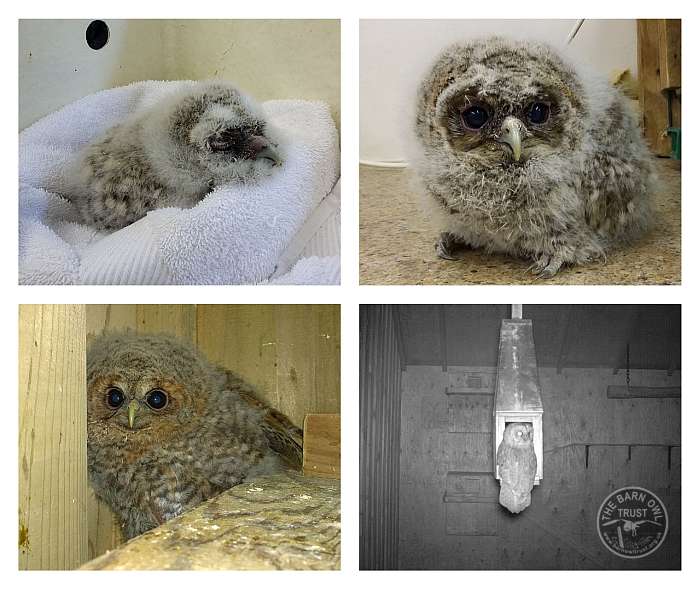 Ewok from arrival through to release

As the nights draw in and the weather starts to turn, lots of newly-independent juvenile owls are dispersing out from their nest sites and learning to fend for themselves. This year we released 2 Little Owls, 4 Barn Owls and 4 Tawny Owls, including Porridge and Ewok – all owlets who needed a little extra help to make it. We use a supported release method, which means we continue to feed the owls after release to allow them to learn how to hunt before becoming completely independent. All the birds were fitted with a BTO ring so we will hopefully hear if anything happens to them following release.

Unfortunately, for many of these dispersing juveniles, the pressure to survive and the hazards they face are too extreme and only 1 in 4 Barn Owls survive their first year. We receive many phone calls at this time of year from people who have found an injured or starving bird. Our advice is to try and get the bird in a cardboard box with an old towel in the bottom. If it is obviously injured take it to a vet (most will treat wildlife for free) or use our list of local rehabilitators to find someone near you to take the bird in and give it a second chance.

We have our fingers crossed for the owls we have released this year and hope they settle into their life in the wild quickly and successfully!