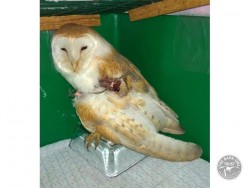 In April a beautiful Barn Owl came to us to convalesce from the Veterinary Hospital Group in Plymouth having been treated for a broken wing. The picture (right) shows him when he arrived with his broken wing externally wired. He has now had his final visit to the vets and has just been moved into a large aviary and is starting to fly.

‘Del’ was discovered in Delabole in Cornwall (an area known for its famous Delabole slate) hence his name.

On 4th May a 4 week old Tawny Owl arrived. It was taken to Estover vets in Plymouth with a suspected head injury and serious eye problems. As May 4th is Star Wars Day we have named it ‘Ewok’. ‘Ewok’ had to be hand-fed twice a day for the first few days of his stay. Here’s a 30 second video clip of him tucking into his dinner (pieces of poultry chick).

Fortunately he has healed well and both owls will continue with rehab for a few weeks before we assess if they can be released back into the wild. We’ll keep you posted about their progress. 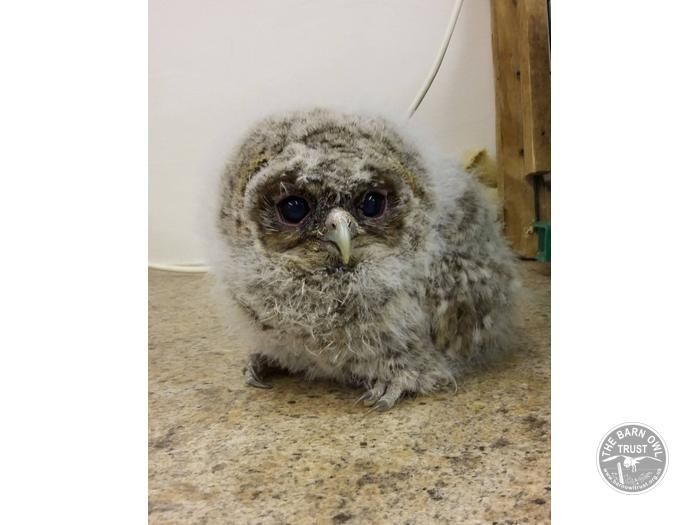